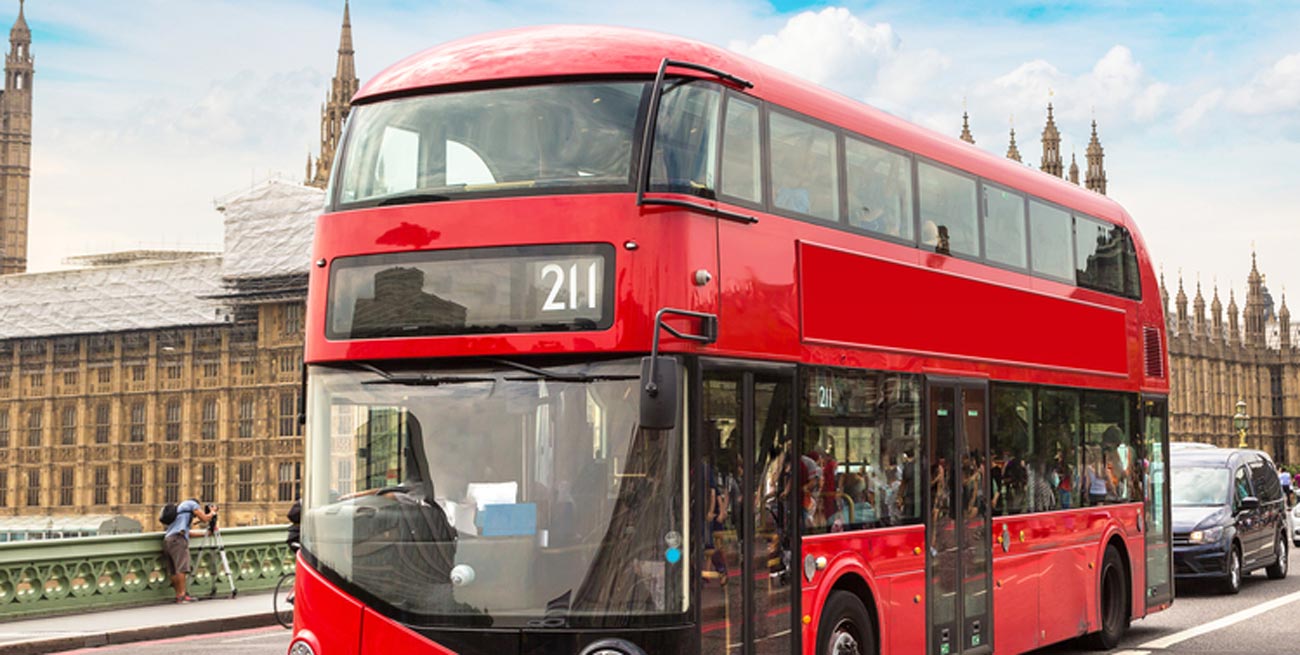 Posted at 06:25h in Stories & Poetry by geekygirl-jez 0 Comments
0 Likes

She is on the bus from Heathrow to Victoria. On the top deck, Alone, except for another woman, about her age, with a backpack and wearing an Italian scarf tied around her head. The woman is self-contained, still. Wisps of dark hair escape from under the headscarf. The eyebrows are dark and her skin is deep-tanned from sun and exposure.

Beatrice has taken up smoking for the duration of her visit. A small indulgence to amplify all the other indulgences of travelling. And to soothe the nervousness of travel. She takes an extra-long Stuyvesant from her packet, but she can’t find her lighter. The woman in the headscarf is sitting in the seat directly across the aisle from her. Beatrice leans over and asks her for a light. The woman fishes in her bag, brings out a foreign looking box. Lights Beatrice’s cigarette and accepts one from the proffered pack.

Beatrice smokes and watches London slip past the windows. Pretty ordinary, really. And getting dark at 4pm. But we’re not there yet; still in the suburbs. Soon the real London will appear. Piccadilly and Trafalgar Square and Buck House and all of that.

The woman in the headscarf puffs at her cigarette. Smiles. She has American teeth. Very white. Very Big. Very even. She says: ‘Been in England before?’ The accent is soft, suspected-Californian; the voice is deep and makes Beatrice think of the colour dark blue. Dark blue velvet.

The American says she’s on her way to Amsterdam, but has some friends in London she wants to look up. She has been trekking in the Himalayas, and seems to Beatrice to exude a clean blue-brightness. Something purified, perhaps. Fine-grained. There’s an immediate ease between the two women.

Her name is Barbary. Barbary coast? Beatrice quips. Barbary laughs. She’s heard that one before. But it doesn’t matter. More wisps of hair have escaped from beneath the headscarf. Her eyebrows are straight and black, and the almost too-big eyes are blue-black, like a nightbird’s. Beatrice imagines she sees images if high ice mountains in them.

‘It’s a long flight from Australia?’

‘I feel like an egg that’s been packed into a carton for a hundred years.’

Barbary laughs, draws deeply on her cigarette, relaxes back into her seat. ‘Imagine an ordinary London bus seeming so luxurious. So empty and spacious, and smooth-running.’

‘You’ve been there long?’

‘I climbed to the base camp on Sagamartha.’

‘You went there in the winter?’

‘No. I’ve been travelling in India since. In Nepal I met a man who sat in all that cold, dressed only in a thin monk’s robe.’

At Victoria, they share a taxi to their respective hotels, which turn out to be opposite each other in Belgrave Road. They laugh at the co-incidence. Beatrice is aware that she is enlivened by the other’s presence in a way that’s completely new to her. This is what travel does to you, she tells herself. Frees you up. Gives you the energy to relate straight away. Without any of the usual to-ing and fro-ing bullshit.

She and Barbary spend the next three days in each other’s company, exploring the city, doing the tourist things, having meals. And talking. Talking. Talking. Laughing, open, sharing their lives. Spinning elaborate fantasies, intricate scaffoldings of stories and word-games. Remaking the history of London as whim and imagination take them. Barbary is a lawyer-turned carpenter, and she is delighted that Beatrice wants to be a writer.

They go to theatre and concerts, experimental art shows. And through it all, Beatrice floats with a strange and exquisite ache in her belly. She isn’t in love. How could she be? There is Jeremy at home in Melbourne. Jeremy, her committed relationship. Jeremy, studying at the Conservatorium and the Opera School. So serious. So driven.

‘I’m off in search of the great women painters,’ says Barbary one day. ‘Come on, I want to find an Elisabeth Vigee-Le Brun, or an Artemesia Gentileschi, or a Suzanne Valadon. They paint women from the inside. You can feel the woman-ness of them. Let’s go hunting!’ And still the penny doesn’t drop.

On the fifth day, Barbary knocks on Beatrice’s door. ‘Hey! I’ve made contact with my friends here in London. They’ve been away. They’ve invited us over for dinner.’

The house is in Hampstead, and the first snow of the season is falling as they make their way, map in hand, along the famous old streets.

Incense and candles and the scent of curries. A whiff of marijuana and the pop of a champagne bottle being opened. Women in trousers or long skirts are warm and welcoming.

Beyond the light of a standing lamp, two women are kissing. Others are holding hands. There is laughter and wit, and the women exude an aura of sheer comfort in their own beings.

Beatrice raises her eyebrows at Barbary. Barbary laughs. ‘I thought you’d have guessed by now!’

Barbary grabs her gently round the waist, pulls her to her side. ‘I didn’t tell you, because I didn’t want you to run off before we’d really gotten to know each other. My sisters wouldn’t approve, but. I know you’re straight. I don’t have designs on you. Lesbian-straight relationships can be murder. But I wanted to get to know you better, get you to understand. open you up. I don’t know. I just like you, okay? There’s something in you that you’re not even remotely aware of yet. I figure that somehow, don’t ask me how or why, but I’m going to be important to you.. Hey! I told you I was whacko.’

Something in Beatrice’s belly lurches. Shoots from her navel straight down to her vagina. She can feel Barbary’s breath on her cheek as she speaks into her ear. She can feel the warmth of Barbary’s body against her own, fancies she can hear Barbary’s heart beating. Suddenly loose in the legs, light-headed. Wild and random scatterings of goosebumps. A hot flush. Surely not a hot flush?

She doesn’t need to say anything; looks at the floor for a hundred years, studying the mock-Persian intricacies of the carpet pattern.

‘So there,’ Barbary says. ‘Now you know. You’ve been keeping company with a dyke.’

‘It’s been terrific, Barbary. Absolutely terrific.’ Hating the mawkishness of the words. ‘Look, could we go somewhere private right now? I need to talk to you.’

In the bathroom, without speaking, they embrace. Tentatively at first, then fiercely. A shot of pure, ungovernable desire almost transfixes Beatrice. And they are kissing. Passionate and sensuous and full and hard and soft and clean and clear and tongues and tongues.

‘This is what you wanted to say?’ Barbary pulls away, laughing, panting. This is you at your most articulate?’ She laughs again. ‘I love this honey hair of yours. The way it falls so thick and shiny. I can’t tell you how many times in the last few days I’ve wanted to grab handfuls of it, hide my face in it.’

Looking her full in the eyes, feeling tears coming, Beatrice takes Barbary’s hand from her hair and brings it down between her legs. Barbary pushes her gently against the wall and touches her cunt through the thick denim of her jeans. Enough to send Beatrice into a wilder spasm of desire.

‘If the lady’s like this with her clothes on.?’ Barbary is smiling, deep into Beatrice’s eyes as she goes further between her legs. Her touch is getting firmer, more insistent. ‘Feel me!’ Beatrice unzips her jeans. ‘Please. Touch me!’

Barbary slides her hand inside the jeans. Beatrice braces herself for the moment. Explosive. Instantaneous. She shudders and moans. Barbary’s hand is too confined by the tight jeans. With a single, practised movement, she pulls Beatrice’s jeans and pants down to her knees. And now, Barbary is on her knees, softly pressing Beatrice’s legs apart. The tip of her tongue finds the clitoris immediately. Soft, exploratory, delicious. ‘I’ll have to lie down. My legs are jelly.’

‘No. No. Just let me. Just let me do this. You won’t collapse.. I’ve got you.’ Barbary takes a buttock in each hand, pulls them apart, slowly, infinitely slowly. Her fingers slide into the wetness, slide up and into Beatrice, And still the tongue is so soft, it’s almost not there, but Beatrice can’t imagine feeling anything so powerfully present, so utterly sexual. As she comes, she cries out. And as she comes, she thinks, wildly, not caring, but thinking, despite herself. ‘I’m a heterosexual. I live with a man.’ But it is so exquisite. It is exactly the way she’s always wanted it to feel.

Her hands are digging into Barbary’s hair as her head rests on her pubic mound. ‘I’ll have to sit down. Disengaging herself from Barbary’s grasp, she pulls up her jeans and slumps down onto the toilet. ‘I’m shaking. Look at me. I’m shaking to bits.’ ‘It’s the first time, isn’t it?’

Beatrice’s body is beginning to settle a little. The panting is easing. The exhilaration isn’t.

‘Come here.’ Barbary turns Beatrice’s face to her and kisses her again. Beatrice is overcome by the smell and the taste. ‘My God. That’s me!’

‘Isn’t it delicious? It’s my favourite taste in the world. Cunt.’

‘A gourmet’s paradise.. I didn’t even know what Lesbians did.’

‘Hey! Is there anyone there? There’s a queue out here. There’s a whole gang of bedrooms in this flat if you want to fuck, but for god’s sake, gels, there’s a line of leaking ladies out here!’