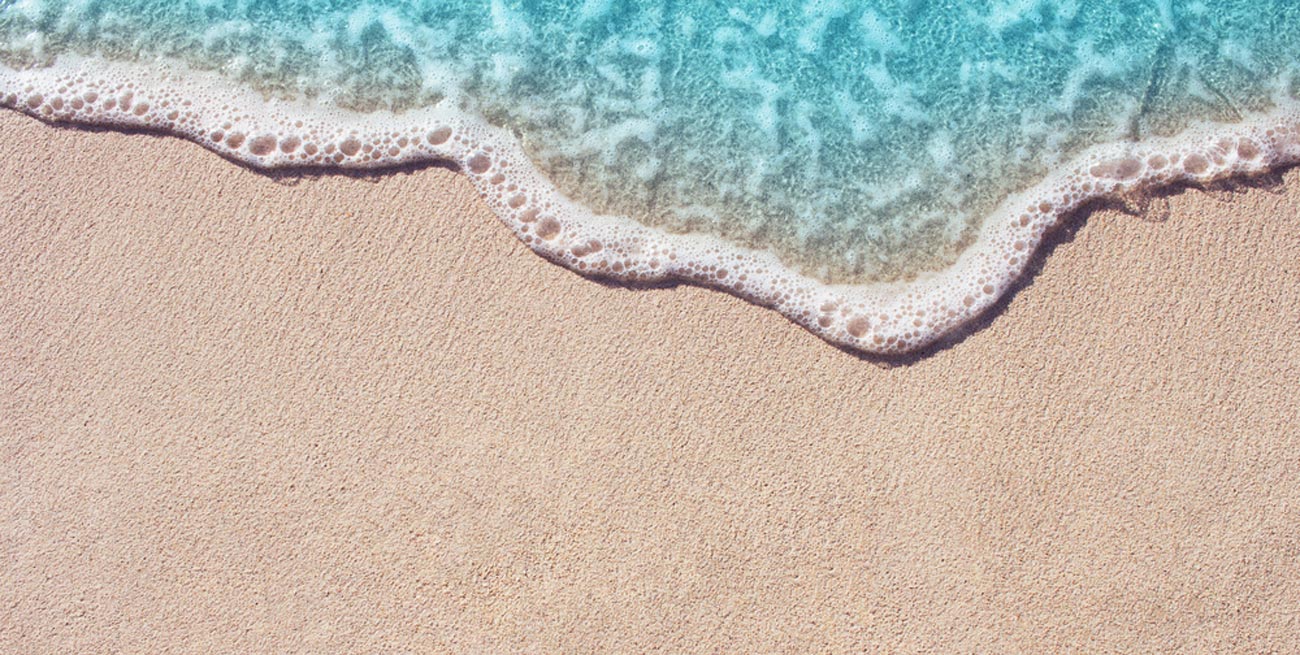 Posted at 06:40h in Stories & Poetry by geekygirl-jez 0 Comments
0 Likes

Strong-limbed, she strode along the beach with a jaunty air. It was sunset. I watched the huge golden shape slip into the water. Slowly, it dropped from view leaving a pink and purple stained sky. The tide was coming in fast; there was lots of foamy froth to walk through. I remember thinking it must be like a caress on her bare feet.

She walked up the beach and nodded in my direction. Her eyes stayed on my face as she passed by. My smile was slow and hesitant then I felt my cheeks crease outwards, into a broad grin. It was the recognition in her eyes that did it. We had things in common, she and I.

Weeks passed. My hours on the beach were different now, filled with an expectant longing. Would I see her today? Tomorrow? Next weekend? The thought was enough to cause a certain tell-tale dampness to spread along my thighs. I fancied this woman, fancied her badly, but what to do about it?

Then came the day I saw her again. I’d rushed down to the beach late one afternoon, eager for a breath of fresh air, wondering if this would be my lucky day. She was at the far end. I knew it was her, that familiar jaunty stride, I’d have known it anywhere. I sat on the promenade steps, hoping she’d walk past.

She was wearing shorts and a brightly coloured shirt. I almost forgot to breathe when she headed in my direction, but the closer she got, the more difficult it was to look at her face. I kept my eyes on an area of shirt, somewhere about her midriff.

Without a word she eased herself onto the step, positioning her body close to mine. I kept my head perfectly still but the hairs on my arms were suddenly alive and crackling. I felt I must be leaning sideways as though responding to a strong magnetic pull.

It was then I heard the ice-cream bell. She must have heard it too. She stood up and walked away. I wanted to plead with her not to go but instead, I sat there, silent, unmoving, staring at the sea.

She was back in a minute or two, an ice-cream cone in each hand. I took the cone she handed me but couldn’t stop looking at her mouth. She licked with such relish I wanted to beg her to do the same thing to me. A few seconds later I felt cold sticky dribbles of ice-cream on my fingers and stared at the cone as though I couldn’t think what to do with it. Passionfruit I think it was, definitely not vanilla.

I put the cone against my lips and ran the tip of my tongue around the outer rim, catching the drips. By this time she was nibbling the edges of her cone, taking little bites, each movement coordinating smoothly with the action of her hand as she turned the cone around. Shivers of excitement ran down my spine.

With one last satisfactory mouthful her cone was gone. I bit into mine with noisy impatience, my eyes held firmly by hers. When I’d finished she held out her hand invitingly. I took it eagerly and she led the way along the promenade and onto the coastal road. I was in such a fever pitch state wanted to yell my good luck to the world but the only indication was the silly smile plastered across my face like paint sprayed from a can.

Her flat was a short distance away. We walked through the front door into a large room. There were piles of books on the floor. Hurriedly, I searched for titles that might give a clue to her interests. It was difficult to read at such an angle, whilst she still had hold of my hand. She made a path around the books for me to follow then opened another door and stood back, waiting for me to walk in first. Plants hung from the ceiling and the walls were painted a sunny yellow colour. I noticed dark blue towels and cork tiles on the floor. The shower stall took up most of the space along one wall.

She let go of my hand and started on my shirt buttons. Whoozy with excitement I moved closer, wanting to touch, to be touched, everywhere. She eased my shirt away from my shoulders, dropping it behind her. Next, she unzipped my shorts. Thankfully, I remembered they were my best pair and not an older version that have to be pinned halfway up the zip. Her nearness was intoxicating; I wanted her so much it was an ache that was filling me up fast.

I stepped out of my shorts. My skin was bare now and dampness was seeping from every pore. Her neck beckoned me, smooth and silky. I loved the line of her shoulder, the curve of her breast. She was an Amazon. I was an Amazon too. I removed her shirt and shorts. She was wearing bikini pants underneath. I rolled them down her legs and watched her step out of them.

We stood under the shower locked in a close embrace. The water was tepid and fell in rivulets down the length of our mingled bodies. I lifted her arm and nuzzled my lips against the soft flesh underneath. Droplets of water slid into my mouth blending with the taste and smell of her. We stayed like that for a long moment, then, with a hand either side of my head; she brought my face close to her own. Our open lips met. Our tongues moved in and out.

She pulled away first. I moved to kiss her again but her grip was firm. Before I could protest her hands were all over me, fondling, touching, stroking, seeking out, as though familiar with every curve, every crack and crevice. She seemed to know instinctively the things I liked. I braced myself against the shower screen moaning in ecstasy. She parted my legs with her fingers and bending forward, reached for my breasts with her mouth, running her tongue over my nipples, moving from one to the other, sucking them firmly.

She began a slow rhythm with her right hand. I responded with a rhythm of my own, desperate to push against her probing fingers, my arms encircling her shoulders, my fingers gripping her tightly. I sobbed with relief as the throbbing subsided but she was not finished with me yet. Altering the position of her right hand she caressed my clitoris till my breath quickened and she knew I was ready for more. To stay in her grasp I had to stand on the balls of my feet. By then I would have stood on my head, done anything, so long as she didn’t let go. Soon I was shaking with uncontrolled lust and we rode the last moments to a rousing push and grind momentum.

Now it was my turn. I made a thick, soapy, lather and crouching low began caressing her feet, legs and thighs, moving upwards slowly with long, circular strokes. Then I turned her around. Rubbing more soap on her back, I continued to stroke her neck and shoulders, the curve of her spine. I loved the feel of her backside cupped in both my hands, loved the deep sigh she gave as I ran my fingers along the crack.

Pulling her body against mine, I reached from behind to fondle her breasts, rubbing the nipples between my fingers, increasing the pressure as she groaned with pleasure. Water ran down my face, splashing droplets in my eyes and ears, tickling my nose and spilling over my lips and into my mouth. It was like standing under a waterfall, pleasant but disconcerting too. I ducked my head, resting my forehead against her shoulder. Excited by her groans I moved my hand away from her breasts and down past her belly, the top of her thighs, to the length of her opening.

She responded by grabbing hold of the taps, bending forward in a spread-eagled position. I continued to caress and fondle, and when I thought she was ready, I pushed my fingers inside. I wanted to be sure she was fully aroused before quickening my pace so I kept the rhythm slow. The excitement ebbed and flowed between us. I could feel tension mounting in me, urging me to go faster but I hung on knowing the moment was not yet right. Her moans became louder and she began to rock, pushing against my fingers, back and forth, back and forth.

When the words came I could hardly hear them above the noise of the shower. “Let me hear you,” I answered firmly, wanting her to beg. This time the tone of her voice was deeper, more urgent. “Yes. Yes. Please. Please. Pleeease.”

My head was filled with images of pounding waves, foaming surf, ice-cream licked by moist pink tongues, bare flesh and warm breath, cascading water and moans of pleasure and delight.

How long we stayed there I have no idea but at last our energy was spent and we stepped out onto the bathroom floor, dripping water everywhere. We towelled each other dry, shy now in the knowledge that we were strangers. Her eyes followed me as we dressed. I hung the towel on a nearby hook and turned quickly to see her looking at me intently.

My smile was full of warmth and appreciation. She smiled back and gave a little wave. I walked out of the bathroom, through the outer room and past all those books. Closing the front door behind me, I headed for the street below. On the way home I looked up at the dark night sky. There were stars, lots of them, shimmering against the backdrop of velvety blackness. It was going to be another fine day tomorrow. I could tell.