Fragments to Wholesome Me 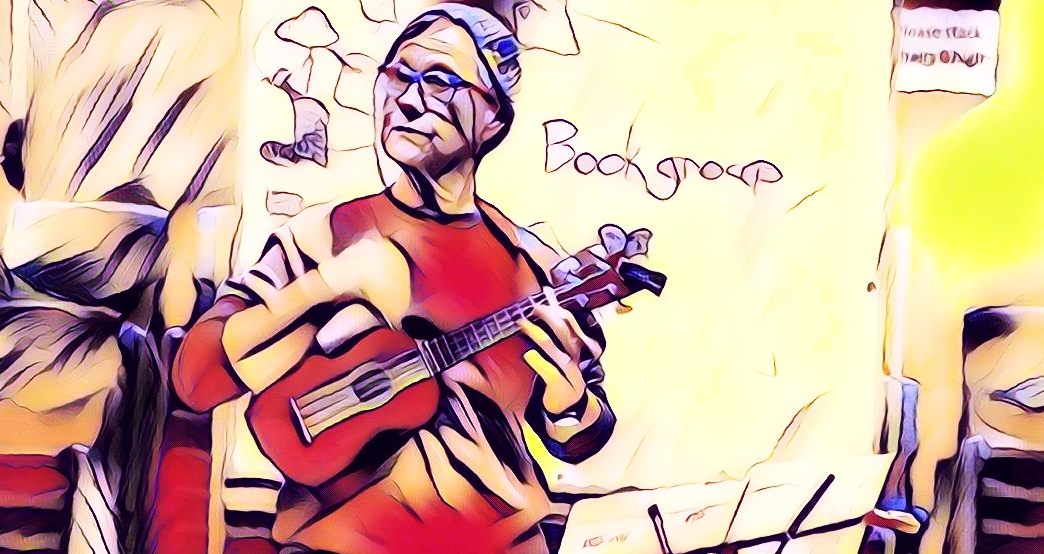 18 Feb Fragments to Wholesome Me

Posted at 09:40h in Stories & Poetry by Diann@OlderDykes 0 Comments
0 Likes

Apparently my resilience is hanging in, waiting for an opportunity, and then moving forward towards new vistas with hope in my heart.

My parents, second generation ‘Anglo-Aussies’ with small country town Protestant childhoods, juggled their own parent and sibling conflicts, and their tensions with in-laws. They tried to establish new lives after WWII on the outskirts of Melbourne. Dad was the quite peace maker. Mum was more spontaneous with a caustic tongue and revelled in her new lifestyle of not spending her days in paid work. Her savings were used to buy a very basic 1930’s two-bedroom dwelling on a steep sloped quarter-acre block thirty kilometres from Melbourne GPO, one and a half hours by train from the local train station which was twenty minutes brisk walk along a steep track.

Birthing my brother in 1947 was fraught for both. With my birth in 1950 at the local Bush Nursing Home, Mum almost died. Mum’s ‘insights’ during our early childhood were that my brother was sensitive (a left hander) and vulnerable. She tried to ‘toughen him up’. Her attitude with me was I ‘could be left in any situation and ‘cope’. Even from an early age my brother was parent-critical, played elsewhere and offered no conversation at home.

When I could no longer lie straight in the cot, my brother and I briefly shared the back bedroom. About that time, Dad, a LOUD SNORER, had his adenoids removed and suggested returning to the marital bed. Dad’s snoring improved only minimally so he was permanently relegated to the back bedroom with my brother. So, from then, early primary school, I shared Mum’s double bed until I left home at eighteen.

Apart from mealtimes my brother and I were in different day worlds. He commuted to a boys’ grammar school. I was the ostracised ‘tomboy’ at the local, very small primary. I was used as the go-between for my parents’ communication, and emotional confidant to both of them.

I had no bedroom or space that was mine. At twelve, I presented two proposals to my Dad. One was to partition and mozzie-proof the verandah and the other, to make a room under the house. His sighed response “Discuss it with your mother”. I didn’t, as she was in poor health and fantasised aloud about ‘winning the lottery’.

What my parents did agree on was the importance of a good education. At night I studied and fantasised at the kitchen table, and on the verandah during weekend daylight.

On the last train home from a compulsory evening Chemistry laboratory class in the fourth week of my first year of my Melbourne University BSc (Ed) I was attacked. We were the only passengers still on the train. I fought back – prepared to die – the assailant changed his tactics. “Can’t you take a joke?” I stalled for time, until not waiting for the train to stop at my station, jumped from the last carriage.

It was almost midnight and my tired father, who needed to be back at the station by 7:15 am for his train to work, was at the far end of the dimly lit station, waiting to drive me home. As the train moved on with my attacker filling the last open doorway, brazenly waving and saying, “Stay cheery luv”, I told my dad, between shaking sobs and gasps, “That man tried to rape me.” The station was unstaffed.

At home Dad made a cuppa, Mum grew distressed and I eventually succumbed to fatigue. Dad reported it the next morning at the station, then to the police in the city where he worked. I decided it would be easier to attend that night’s Physics lab class than get a doctor’s certificate and have to catch up on the lectures.

The male uni student counsellor was hopeless. According to him there was no trauma. I hadn’t been raped. He didn’t acknowledge that to rape me it would be ‘over my dead body’ as I had fought back, struggling throughout the length of the noisy, jolting red rattler. I was told ‘Don’t rehearse that story, be thankful you are alive. Put it behind you and focus on your studies and extra-curricular activities.’

Thanks to Dad pursuing other avenues I was given ‘special dispensation’ to board with the ‘country’ female teacher trainees at THE young ladies’ student hostel near Toorak, a leafy well-to-do Melbourne suburb. The other residents with boarding-school background hated it, but I loved it. For the next two years I mixed with the variety of women who attended one of three universities or two teachers’ colleges. I went home on weekends.

In my third and fourth year of uni, I flatted with three other friends from the hostel. It was the middle of five Brunswick terraces. Our flat was upstairs, two bedrooms, four single beds, kitchen-lounge, shower, and toilet. Downstairs was similar with three male law students. A weekly cleaner maintained all of them. Any hint of raucous or illegal behaviour meant eviction.

I was twenty-two years old when I finally had my own bedroom, a farmhouse in Beechworth, Victoria with my best buddy from uni, Sally. It was our first posting. It was her first time to live away from home. We bought motor bikes and visited our friends on weekends at their country postings.

In 1974 we had a new, dynamic principal. My request to enrol in a Social Biology unit at Melbourne Uni was approved and funded. It was a radical course for its time including information on contraception, discussions on abortion, sociology of other cultures (anthropologist Margaret Mead), ancient Indian Hindu text (Karma Sutra), Masters and Johnston findings on human sexual response, and homosexuality.

The first lesbian I knowingly met had long flowing hair, was big-breasted, sandal-footed and flowing Bali batik-gowned. We were two younger less talkative members of the class with eight other women and two men.

Away from noisier group discussing their heterosexual activities, and unaware of this woman’s sexual preference, I asked her quietly ‘What do er, aah you do for contraception?’

Her response was “I don’t. I live in a women’s share house with my girlfriend. I’m a lesbian.”

She didn’t fit the warped man-hater or evil-weirdo image in tabloid magazines. I glimpsed another reality must be possible. She pulled out of the course and I never saw her again.

Restless and needing to branch out from my teaching peers’ heterosexual small country-town scene, I’d begun bushwalking. I met a short-haired, athletic woman about my age who had been a Catholic nun. It was early days for her adjusting to her dismissal for acting on her love for another nun. I gave her my details if she was ever in my area. Two weekends later she visited. She ‘assumed’ Sally and I were lovers. I discovered that for almost three years, Sally had been shielding me from the local gossip that I was ‘gay’, with “Kaye’s Kaye. She’s OK. She’s had some hard times. Let her be.” All I knew was that I stood out as a misfit. I felt different.

One weekend visiting home, whilst doing the evening dishes with Mum, I said: “It’s a pity Sally isn’t a man, my life would be per….” And realised I would be happy to live the rest of my life in her company. Did this mean I was a lesbian? I needed to find out.

Having fulfilled our teacher-training three-year bond, Sally and I resigned. We bought a second-hand campervan and travelled around Australia for twelve months, mostly exploring National Parks. I loved it. Camping fees were cheaper than rent. Fuel was our biggest expense. She then wanted to travel overland to Europe with her boyfriend. I had some familiarity with Adelaide so decided to go back for their Arts Festival, where the flamboyant Don Dunstan was Premier. In reality, I was going to look for lesbians.

In 1976 through Women’s Liberation House in Adelaide, I did find lesbians. We were a motley crew. I was the new virgin in town, and on a steep learning curve. Many of the women with whom I socialised were heavily into drinking and smoking dope and were either non-monogamous or serially monogamous. Eventually I was ‘wooed’. Barb and I set up a flat.

I came out to my parents in a letter. Mum visited one day. My life appeared sensible and she tried to make sense of it. Barb was a fiery red head. She was angry. To me she seemed to have PMT three weeks of the month. Slowly I discovered she had bigger plans, and apart from paying the rent I was no longer an asset. Both unhappy, we split up at the end of the lease. I moved into a lesbian share house and went home to Melbourne for Christmas.

I felt suicidal but listened to a voice in my head saying ‘Wait ‘til you’re thirty’. So in early January 1978 I flew to Athens. I had many solitary adventures, wintered on an Israeli kibbutz, hitched, bussed and boated to arrive in London a month later, cycled England and Scotland, worked FIFO in Iceland, cycled east to west USA, and returned home. I knew I’d changed and wanted to start again. I chose Sydney.

I’m proud I’ve survived the hard times of being ‘out’ as a lesbian feminist since age twenty-six. I used to describe myself as glum rather than gay. My life has been a struggle. I have worked as a Naturopath, Herbalist, Remedial Masseuse, Drug and Alcohol Counsellor in Women’s Health, and at an Industrial Arts Comprehensive, then Selective High School in the western suburbs. I have been valued as a social change agent.

Exhausted in 2002, I took two months’ sick leave during which my position was deleted. The Education Department medically retired me in 2004. The Government Insurance Office eventually acknowledged fault, but the goal posts kept changing and I had to do the Centrelink dance. To get out of that vicious cycle I paid for my own training and got a local part-time office admin job. With funding cuts to that service.  I was again made redundant and back in the ‘find-some-work queues’.

At sixty-five I was finally allowed to retire.

I was first diagnosed with clinical depression in 1998. Prozac. Magic. Previously various forms of counselling, medication and self-help were of some assistance. Learning to live with medically diagnosed Post Traumatic Stress Syndrome has been my daily reality since leaving teaching. I have had spells of three to six months without the medication.

Recently I came to a new understanding of my reality. I cannot deny my family genetics of depression and alcoholism. I need these metabolic balancing pills. I will continue to untangle with the help of the pills, my doc, my psychologist, friends, those who have gone before me, and those on their journey.

I hope future generations have it easier, though the patriarchy continues to bully and divide, determined to rule whatever the cost.