What Lesbians Do in Books – From Radclyffe Hall to Sarah Waters 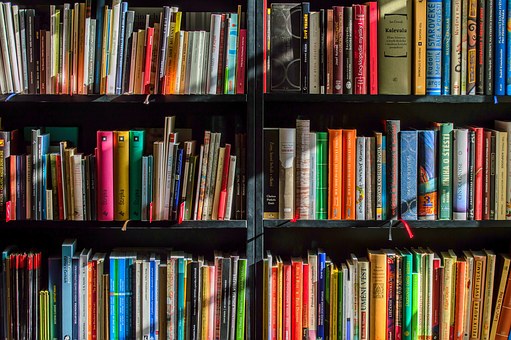 To give this large subject some shape, I decided to divide into stages – very rough cut but it may give an idea of the progression of our very own literature.

Stage One: Silence and disaster – Back in the 50s and earlier

The landmark book is The Well of Loneliness by Radclyffe Hall.  First published in 1928 it set the tone of anguish, unfulfilled longing and the problems of being different (even if you had lots of money).

Not much help here for the young Aussie woman struggling with the problems of feeling different and falling in love with her best friend, or the sports mistress or the head prefect. Mind you, this book is now more than a century old!

Then in 1949 there was The Second Sex by Simone de Beauvoir – not a novel but at least it had information, although not cheerful with words like invert … In the 30s we had Lillian Hellman who wrote The Loudest Whisper in 1934 which was made into a film in 1961 starring Audrey Hepburn and Shirley MacLaine. Hellman followed this with her 1939 play The Little Foxes. Once again the love object went off with a bloke and our lesbian was left destroyed. Not a lot of sex in any of these – pretty well subliminal but one could dream!

Now we come to a couple of landmark books: The Price of Salt ( 1952), now renamed Carol written by Patricia Highsmith best known for her detective novels and the Ripley series. The film with Cate Blanchett and Rooney Mara made a big impact but Highsmith was a very unhappy, difficult and closeted lesbian – unwilling to come out because of the likely impact on her career.

But for we readers there was at least the model of two women in love who managed to make a life together although with many sacrifices. Sex-wise there was some action but it was rather vague and under the blankets. About this time we had Patience and Sarah by Isabel Miller (1969) ; Rubyfruit Jungle by Rita Mae Brown (1973), Desert of the Heart by Jane Rule (1964); Hidden Pictures by Meg Wolitzer (1986), (she has just released an important feminist novel … The Female Persuasion 2018) as well as having written The Wife, a recent very successful film. But guess what, they do not seem to have reprinted Hidden Pictures. Jeanette Winterson’s Oranges are not the only fruit was released in 1985, a very funny and sad autobiography. And from Australia we had our very own book: All that False Instruction by Elizabeth Riley – really Kerryn Higgs, one of the founders of Women’s Land. Written in 1975 Kerryn’s book had emblazoned on its cover ‘A Novel of Lesbian Love.’ Quite a breakthrough.

This is the beginning of the dyke detective period: notably Katharine V Forrest and her PI Kate Delafield (1984); Claire McNab and the Carol Ashton series (1988 +); Sarah Dreher and the Stoner McTavish series (1985). What was different about this period was that the main character had a job detecting, either as a private eye or as a regular cop.  If the latter, they were always under the scrutiny of male colleagues and hiding their personal relationships. This continued with Val Mc Dermid and Lindsay Gordon (2003 +). Suddenly the sexual temperature went up and there was lots of action or at least a lot of heavy breathing. Luckily by this time we had textbooks like The Joy of Lesbian Sex by Sisley and Harris (1977) and Lesbian Sex by JoAnn Loulan (1984) which gave one us some ideas to explain what the heavy breathing was all about. And there were now lesbian focussed publishers like Virago and Naiad Here in Sydney we had LOTL (Lesbians on the Loose) which began in 1989.

There was also historical stuff: Sarah Waters’ Tipping the Velvet (1998), The Ladies of Llangollen Elizabeth Mavor (1984), The Secret Diaries of Miss Anne Lister – 2010 film but also released as a book. There was a feeling that went “hey, this is not new – we have always been around!” Nowadays we have lots of very explicit writing, some with historic settings and a new wave of films and finally DVDs. And lesbian and gay characters do pop up in mainstream media. And didn’t we/don’t we all lookout for a cheeky lezzo kiss as part of the action? Plenty of sad stuff as well – proving there are still plenty of hazards on the road to our kind of happiness.

Stage Five: Anything goes and as far as you like – 2010 and onward

The years of LBQTI (ooops, I nearly forgot the G) are with us, including the complications of queer etc. There is one recent lesbian novel of note: Godspeed by Casey Legler. Ignore the title, it is not about religion. Casey is married to an Australian woman and was out here for the Writers Festival this year. She is in her early 40s, was an Olympic athlete, also a model who modelled in male clothes and had a solid history of drug abuse. She gives a picture of a very confused young life. But for we readers and observers the action is mainly online now: TV, DVS, movies and any other medium you care to name. But we still play “Spot the lezzo!”.

with an overlap between lesbian and feminist material.

Alison Bechdel: Dykes to watch out for. (comic strips) Plus “Fun House” – a memoir.

Marge Piercy: Woman on the Edge of Time

Jane Severance: When Megan went away.

Camilla Lackberg: as above.

The Secret Lesbian History of Sydney: Very hard to find.

More books to come.  You will find them  on our website  under  Words> Books