Time to Fly Stories of resilience from Members of Bush Lemons, a Blue Mountains based Lesbian Bushwalking and Outdoor Group. 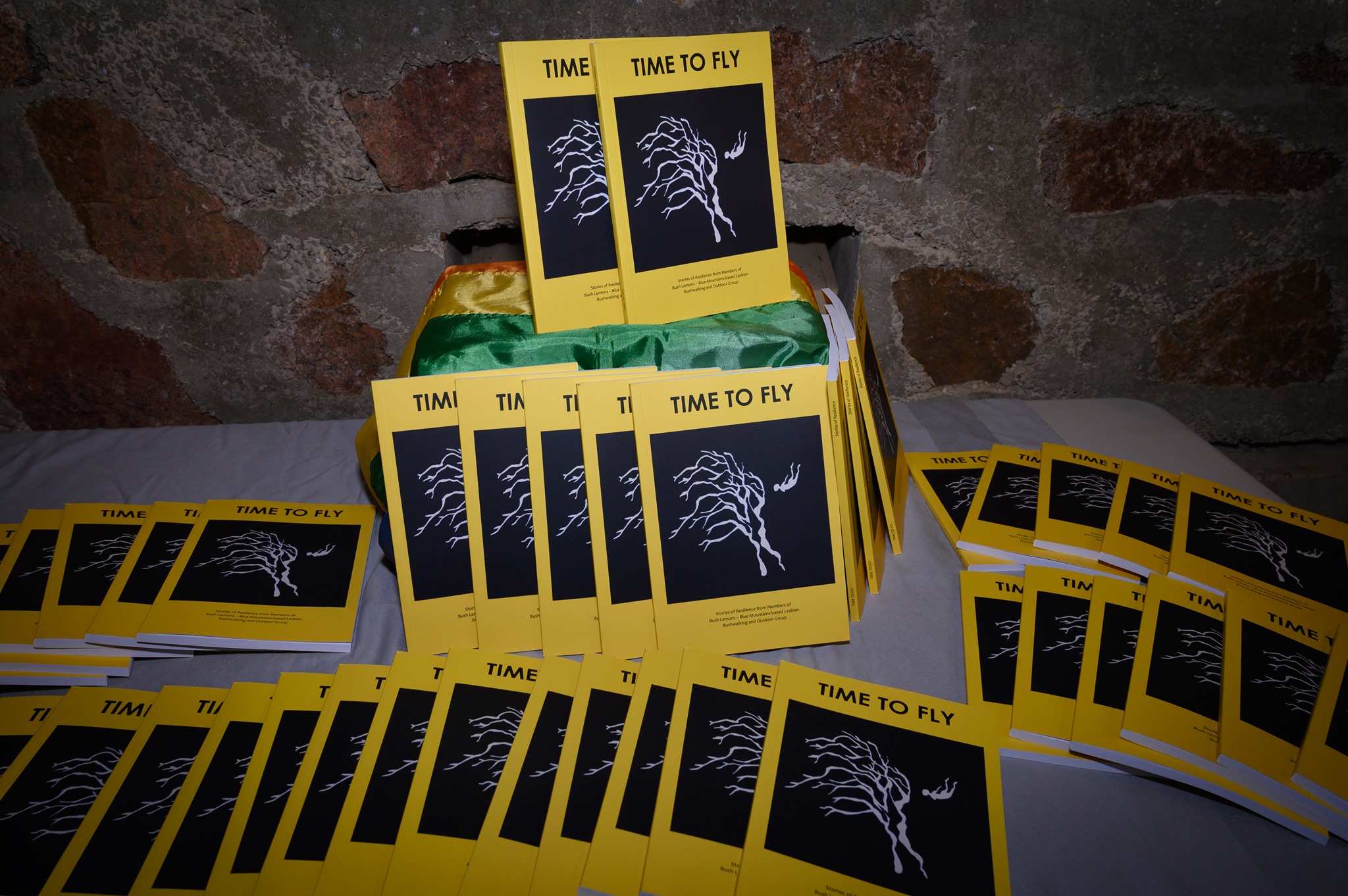 17 Feb Time to Fly Stories of resilience from Members of Bush Lemons, a Blue Mountains based Lesbian Bushwalking and Outdoor Group.

Posted at 04:35h in Books by Diann@OlderDykes 0 Comments
0 Likes

The inspiration for this book came from the stories lesbians have shared over the years, on bushwalks, Bush Lemons’ bushwalks.

Eighteen stories unfold, each one as intimate and compelling as the next. You can read these writers as friends, sitting across from you at the kitchen table, pouring tea, telling you stuff about their lives.

A photograph serves as the frontispiece for each contribution. These are beautiful pictures that deserve to be framed. Isobel Harding is the photographer and her art here is a valuable aspect of the book’s appeal.

Isobel’s partner, Madeline Shaw, took her own life in distressing circumstances a while back and the book is dedicated to her memory.

We can only imagine the poignant, painful process involved with the production of such a valuable narrative.

Jasmine Moon writes about problems with her vision, a medical condition first diagnosed when she was quite young, but has turned into decades of struggle to see, even a little bit. Sharon Lea Parrish speaks of the pain involved when a relationship goes wrong, at a time when she still hasn’t told her mother she’s a lesbian. Lissa Smith and Paula Anthony tell the story of Lissa’s partner; Helen’s cancer diagnosis, her struggle through treatment and the grief of her death, complicated by a legal challenge Lissa had to face, about the will.

I have chosen just three of the contributions to list here but all of these stories have a down to earth honesty; a recognition that vulnerability, once revealed, offers the chance to diminish its power and leave it behind.

I conclude with the poem that is the last contribution in the book, written by poet Liz Barclay. The title of her poem is Morpho Lesbosio.

Not to be pinned

into a safety net